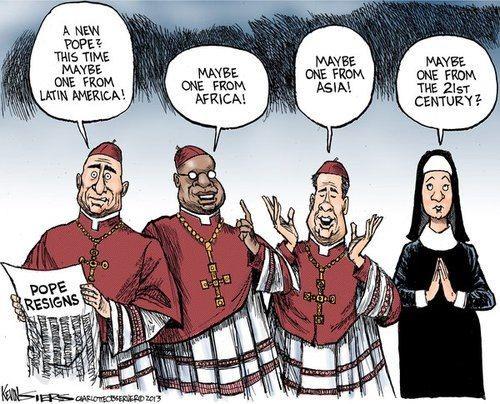 Like the rest of the Scottish Episcopal Church it seems, I have just finished reading Richard Holloway’s memoir Leaving Alexandria.  And what a sad and moving read it was too. Chris has this to say about it over at Blethers.

+Richard was my first bishop – the bishop who confirmed me, and then months later remembered me by name. I can’t tell you what that meant to me, and what a gift that is for any clergy person to have. (I know this because I never forget a face but names escape me constantly.) He was funny and outrageous and just what I wanted in a bishop. But on a memorable Good Friday he came to our wee church to do the 3 Hours and he wept and I’d never seen a priest weep before. It had the most profound affect on me.  He was approachable and not at all remote as I’d imagined bishops would be. So when people criticised him, and some folk in our church did, I’d always defend him. I’d defend him because I’d seen his humility, his struggle, his passion. But I never imagined what struggles were really going on beneath that mitre. That’s why this book has been such a shock and why I find it so sad. I just wish someone could have fixed it, so that he didn’t have to go through that.

+Richard was probably the reason I am a priest too. You see, for many years I was against the ordination of women. The church I went to was pretty much unanimous in that and ‘Father knows best’ after all.  I didn’t question – I just accepted what I was told. A dear friend at church, Robin Angus, was often called upon to speak on radio in the argument against the ordination of women and I was very much of the same opinion. But then +Richard ordained Jane Millard. I met Jane at a Cursillo weekend shortly after and I loved her. And I heard how Robin Angus had crossed the floor at that Synod and given her his father’s missal. Robin said that he was an Episcopalian and as the Synod had voted in favour of women then he must accept it.  He wouldn’t be an Episcopalian otherwise. That’s when I too started to question the status quo. (Not for myself at that point – that came much later.) That’s when I started to read for myself. That’s when I heard about Affirming Catholicism and listened to +Richard and Jeffrey John speak about a catholicism which was not precious and ritualistic for the sake of it, but passionate and daring and aware of the power of great liturgy to transform. It was +Richard and other clergy who changed how I felt about my faith and who made me take the leap from being self-employed to working for a Christian charity with homeless people. And then my path to ordination began in small and hesitant steps.

Had I known that +Richard was going through so many doubts himself about his faith, would that have changed things for me? Quite possibly for I hero-worshipped him. But it was his faith that, despite my background, I could indeed be a priest that transformed things for me.  And later when I heard that he was starting (as we thought then, but now know it was going on much longer) to doubt then I understood. As I understood it, it was the church structures that he was doubting and I could relate to that. But I was at the beginning of my journey and determined to fight for the cause.

On page 300 of his book, +Richard talks about the SEC at that time and this would be the time when he was inspiring me most. I was at university by now, doing the BD, and had just discovered Liberation Theology. +Richard says:

Mission statements were part of the rhetoric of the time, and the one I dreamt up for the Scottish Church seemed to sum us up, though it probably only summed up my own wishful thinking: ‘We are the Church for people other Churches won’t take in.’

Oh my goodness! Isn’t that a church that makes you want to be a part? And I did and then one morning, very early in the morning, I got a phone call from +Richard to tell me I had been accepted to train for the priesthood.  And then months later he asked if I’d like to house-sit for him. He and Jeannie had been invited to South Africa to spend time with Desmond Tutu, and as their wee dog was rather elderly at that time they didn’t think he’d last if he was put into kennels. I had been homeless and was at that point staying in a flat in Hyvots – a not terribly salubrious part of Edinburgh. So for my son and I to go and stay in the Bishop’s house at the West End to dog-sit was really a hoot.  I mean, what other bishop would do that? Don’t you just love him?

This has been a fascinating book for me. As Chris says, when you know the characters involved it makes it all the more special.  When I was house-sitting for him I learned that he kept notebooks full of quotes, prayers, cuttings and from that time I started to do the same. I see that he did it for use in his books for he is a master at recalling the perfect bit of poetry, or movie reference, for any occasion. There are many books that I have read because +Richard quoted from them, although I do still struggle with the poetry.

I do know one thing. I need to read this book again. I need to try and understand his journey better. And I’d love to know what his church should look like.

I was listening to the Today programme this morning and heard a discussion on the European Union. I missed the beginning but I think the gist of it was that some countries might vote on something that not everyone can agree with. What was proposed was an A la Carte European Union.

Immediately that made me think of the Anglican Communion. We don’t need a Covenant – we need an Anglican Communion a la carte. We need to read from the same menu but have our own choices. We do that already with issues such as the ordination of women so why not with everything?

And on the subject of women… go over to Fr Simon’s blog for an excellent and heartfelt article on the upcoming vote for women bishops in the Church of England.

We at St M’s kicked off the Week of Prayer for Christian Unity yesterday. We have a trad eucharist on Thursdays so that’s what we did yesterday. I invited everyone to receive and everyone did, which was jolly nice and cosy.

But is it really Christian Unity when we still can’t sit at the table of our sisters and brothers in the RC Church?

Which reminded me of a comment a sister made about the ordination of women in the RC church:
‘We can cut the sandwiches but we can’t break the bread.’

And that made me think of a quote long long ago, before the ordination of women, when a deacon stood up at a meeting and proclaimed:
‘I can’t absolve. I can’t perform marriages. I can’t consecrate the elements at the Eucharist. I can’t bless. I can’t even anoint the sick because I haven’t got a penis!’
A male priest was heard to mutter:
‘I use a thumb myself.’