I don’t think I am in the habit of making new year resolutions unless you count the usual ‘lose weight, exercise more’ kind. And if you know me, then you’ll also know that these resolutions were forgotten long before the wise men even appeared. But this week I’ve had a lot of plans going round my head so let’s see if I record them, then they actually come to fruition.

So, my last book took me over a month to read and this one has taken me a few hours for I couldn’t put it down.

When I was on the ‘Learn how to lead a Quiet Day’ day Debbie recommended Mixed-up Blessing by Barbara Glasson as it was about a church that made bread. (Did I mention that I want to learn how to make bread?) So, being the good little priest that I am, I ordered it and it arrived and I picked it up this afternoon to have a wee browse after a rather large lunch. It is now 8.20pm and I have just finished it and would really like to read it again but know that I shall savour that for another day.

This is the story of the ‘bread church’ in Liverpool – an emerging church, if you will, set up by Barbara, a Methodist minister. After the closure of the Central Hall in Liverpool Barbara was sent to explore what kind of church was needed and after a considerable time walking the streets, sitting in cafes, wandering through the shops, talking to Big Issue vendors, she started bread making in a flat above a radical bookshop run by a women’s cooperative called News from Nowhere. The bread church then became known as the Somewhere Else community.

It really is the most glorious book of inclusion and acceptance and how church should be. And it is how the Church reacts to such a church too. What an amazing read and one that I beg you to go read for yourself. In a week when the Anglican Church nips about women bishops and gay clergy, Somewhere Else is where the hope lies. 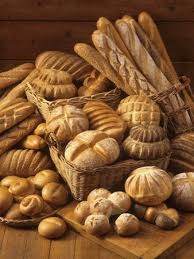 I was on a great training day yesterday learning how to lead Quiet Days at Emmaus House. There was a lot of sharing of resources going on which was really useful. I have never attended many myself (and readers of this blog will not be at all surprised at that) so it can be tricky leading them.

And we made bread! For ages I’ve been trying to get someone to teach me the finer points of kneading and although we weren’t taught it, we all had a go (in silence of course) and I reckon this could be my new hobby. It was hot! I totally didn’t expect that. I wasn’t very good – not co-ordinated at all, but I reckon with a bit of practise I could do one-handed kneading like J. And at the end our little bread rolls were all placed on the altar and then we got to take it home. Some didn’t wait and started to scoff them there and then, warm as they were straight from the oven. However, mine was screaming “I need Lurpak” so I held off until I got home. Delicious!

Now I am on holiday for a week and then on a course in Windsor Castle, doncha know. I may blog, I may not.

I’ve always wanted to learn how to make bread. I don’t think we ever did it at school and mum was a working mum so it was a loaf of sliced white or do without. This has led to a kind of envy of the folk who produce little brown loaves smelling of … well, it must be heaven, mustn’t it? And it is not really the kind of thing you can learn from a book either – all that kneading doesn’t lend itself well to pictures. I hear it is a great stress reliever too so that’s another reason to learn. And its never too late to become a yummy mummy either.

I did have a bread-making machine once upon a time which was lovely and all that, until Son #1 begged for it and it disappeared in one of his many abodes. But its not the same, machine-bread. I want the whole experience.

So, somehow, via a conversation on Facebook, via an email, and via a blog, Mother Kimberly has offered to host a Bloggers and Breadmaking day at the Rectory in Dunblane on 6 March beginning at 10am.  They are going to teach me and the other experts will swap recipes.  What fun!  So pop over to Mother K’s at Wonderful Exchange and let her know if you’re interested.  (Bloggers only!)

Blimey! How many more weeks of preaching on bread can one cope with? I don’t think there is any property of bread that has not been considered. Today I was even reduced to telling a story about MASH and a dying man smelling bread. That’s how hard it has been to find ‘bread’ things to say.

Nice to have a front row of the great white hope of the SEC today.  Many of the young people who have been working their socks off at Glenalmond all turned up this morning. A tad late but who’s counting! As I looked down upon those fresh faces I pondered what roles they might have in the future of our beloved Church. Will they be the movers and shakers?  The committed Synod members?  The rebels in the naughty corner?  Will any be ordained?  Will there be such a thing as ordained ministry?  Will they have left, disillusioned and frustrated?  They certainly made me think.  I also wondered what they were thinking about our style of worship at St Mark’s. Did it inspire and energise them? Hmm. I suspect it was a tad trad. Perhaps we should do feedback sheets like the Mystery Worshipper when we have visitors.

What questions would you ask of a visitor to see if they’d enjoyed church?